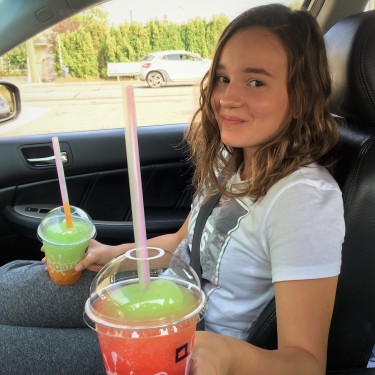 I sometimes get self-conscious about being more supportive of feminism than some of my women colleagues.  Sure, I have lots of tools at my disposal to help make a difference.  And yes, it is part of my job in Human Resources to make things fair and reasonable.  But is this really my fight?  Should I really be getting excited about it?  I’ll give an example.

In April 2018, Tracey Smith from Numerical Insights blogged that the Gender Pay Gap is NOT the Same as Pay Equity.  It’s an interesting read because there is some truth to it, but the devil is in the details.  I have worked on a several efforts to equalize pay between men and women, and I can confirm the pay equity exercise is narrow in scope and changes salaries far less than some would hope.

The problem is branding.  It’s too popular.  It has become the yoke that carries all the hopes and dreams of the broader equality conversation. We need to expect less of this one solution, and allow for some levity. We need to give pay equity permission to wear sweatpants to the convenience store and grab a slushie, without paparazzi snapping photos for Stars Without Makeup.

Some Problems Are Not Solved by Pay Equity Alone

Smith references the predominance of males in some professions:

Certain STEM-based professions (Science, Technology, Engineering and Math) are naturally male-dominated because the graduating classes are male-dominated. That’s the hiring pool, so through no fault of any company, these STEM companies will be “more male” in the specialized jobs.

She also notes it is common for fewer women to apply for management jobs, implying women are self-selecting away from these roles in child-bearing years.  As a result of men self-selecting into higher-paid professions and higher-ranking roles, this creates average salaries for men that are higher.  Smith asserts that this is not a measure of pay equity, and that’s true.  The smaller number of women in these roles might be paid equal to their male counterparts, so pay equity might have been achieved already.

But let’s step back, consider the larger picture, and match problems with reasonable solutions.  If there’s a shortage of women graduates from STEM disciplines, we should consider reserving an equitable number of college and university spaces for women in these fields.  If women are less likely to put themselves forward for management openings, workplaces can cultivate leadership styles that are less critical, are more encouraging, and are time-structured to get people home at a reasonable hour.  If the problem is career growth during childbearing years, a suitable remedy is maternity leave provisions and government-funded child care.

Which tools should we consider if we want to achieve broader equality between the sexes?  My favourite tool is, “all of them, now.”  Does that sound better?  It makes far more sense that ridiculing pay equity for its shortcomings.

Battles Over Pay Equity Legislation Are More Than Meets the Eye

Smith also noted that the United States recently cancelled legislation to require the reporting of average salaries by sex.  The government expressed concerns that the reporting obligation would “lack practical utility, …[be] unnecessarily burdensome, and …not adequately address privacy and confidentiality issues.”  There was something fishy about this quote, so I cut-and-pasted it into a Google search and got something totally different.

In a Washington Post article, reporter Danielle Paquette described this cancelling-of-legislation as the Trump administration reversing an Obama-era rule to shrink the gender wage gap.  That article notes Ivanka Trump originally supported the Obama-era measure, but after she consulted experts, “worried that it wouldn’t work as intended.”  We have since learned that the only expert consulted at the White House is the President himself.  The Obama-era official who brought in the rule and leaders of women’s equality organizations panned the decision.

The Post article quoted Nancy Hammer, who spoke on behalf of the Society for Human Resource Management:

She recommends that employees go to their human resources department if they’re concerned about their paycheck, giving their employer a chance to explain or fix the issue.  Otherwise, Hammer said, “to really do it, you’d need to practically report on every single employee.  That’s not a practical way at looking at this issue nationwide.”

It’s ironic that she thinks it’s impractical to report on every single employee. Moreover, she asserts that for women, as individuals, to approach their human resources department to fix unequal pay without government or union backup, is totally practical. I would note that Nancy Hammer is a lawyer speaking on behalf of HR generalists.  The correct professionals to consult about this work in Compensation, and in North America their profession is represented by WorldatWork.  Also, employees are legally allowed to talk to each other about their pay, despite of the fact that HR often discourages such talk.

Pay Equity Analysis is Not Onerous

Under conventional pay equity plans, employers do in fact report on every single employee, bundled by job classification.  This data-bundling includes average pay and headcount indicators of whether a classification is predominantly made up of men or women.  This data, combined with other sources, allow employers to do a simple statistical analysis to measure pay inequality and take appropriate action.

The analysis is done either by consultants or in-house by HR departments.  The analysis is made available to regulators, union representatives, and litigants alike, under appropriate confidentiality protections.  The process involves slightly more work than creating a new pay structure in the first place.  It’s not practical to do it this way nationwide, because it is done at the organizational level as is normal for pay structure design.  The cancelled legislation obliged employers to report simplified data that was consistent with this approach.

Activist Campaigns Even the Score with the Trump Family

Let’s go back to Ivanka Trump speaking against this legislation.  In July of 2018, Ivanka Trump closed shop on her fashion brand.  Sales were flagging.  In particular, sales were way down at Nordstrom and Hudson’s Bay Company, two of the companies targeted by #grabyourwallet.  For those unfamiliar, #grabyourwallet is a consumer activist campaign that calls on people to refuse to give money to the Trump family.  The campaign was a response to the Access Hollywood tape revealing that Donald Trump thought he could accost women sexually, in public, without recourse, because he was rich and famous.  Some women felt otherwise, hence the campaign.

Let’s return to how women advance their own careers.  If women are reluctant to advance themselves into situations that make them vulnerable because the environment makes them unsafe, maybe the best remedy is to foster and support an activist base that keeps men on their toes about abuses of power.

And if a company is openly unsupportive of women’s equality, one possible remedy is for an activist base to reduce it to rubble.

But don’t try to do this alone.  Team up with others to bring more than one solution.  Pull your car into the convenience store and pick up your old friend in the sweatpants.  As she hands you your own slushie she smiles and says “I found your wallet.”  And drive onward to the next adventure.

This is a text widget. The Text Widget allows you to add text or HTML to your sidebar. You can use a text widget to display text, links, images, HTML, or a combination of these. Edit them in the Widget section of the Customizer.
Loading Comments...